The UN-SKRU-helping open jars over 40 years

You are here:
Aids for Daily LivingCoping with Arthritis, tipsJar Opener 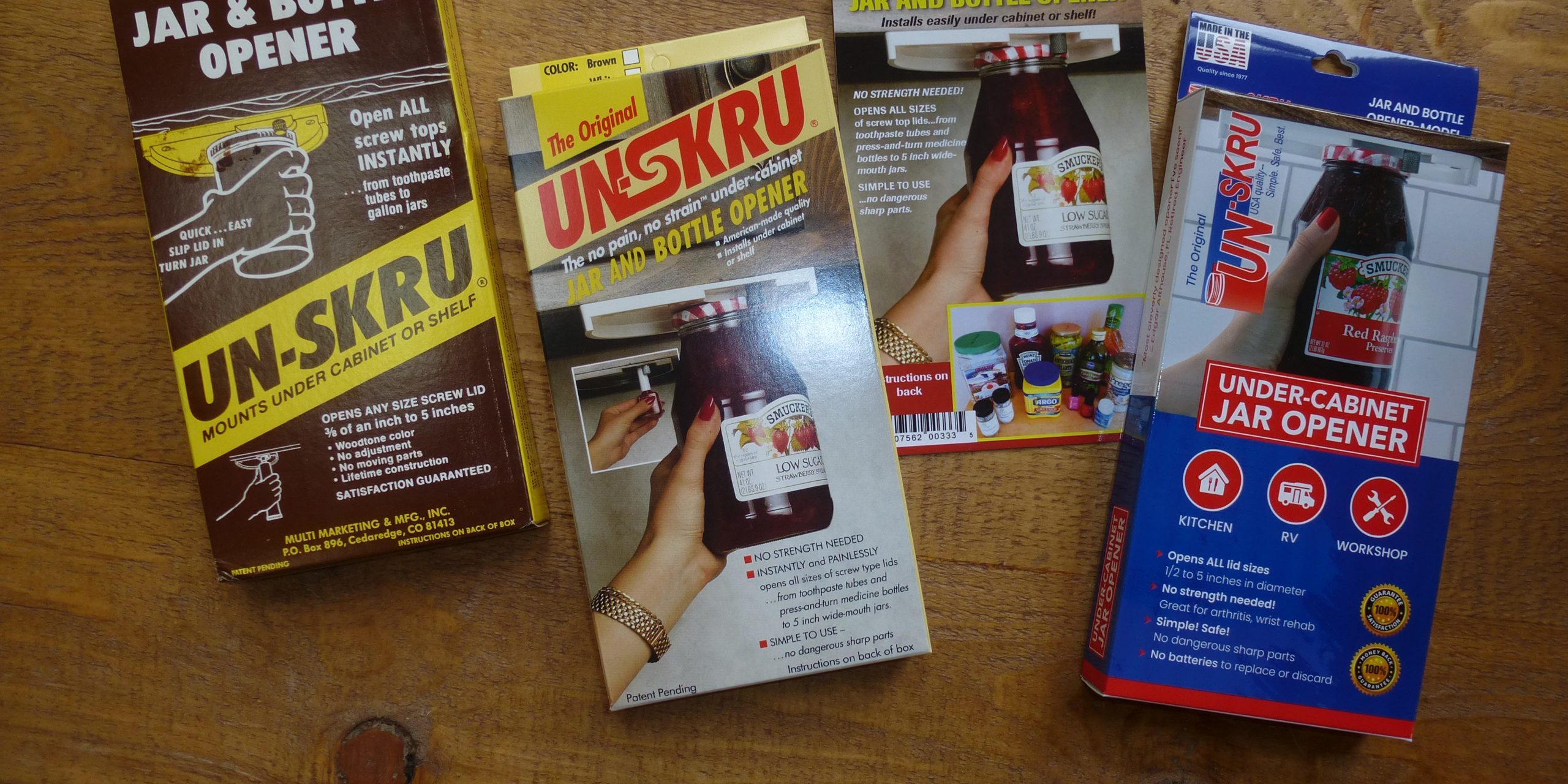 Ruth is one of our “classical” customers. She’s an early innovator who appreciated the UN-SKRU in its infant years. She bought her first opener in 1976, and has purchased several over the years to give to relatives and friends who have trouble opening tight jar lids. After reading her recent review, I grew sentimental and pulled our historical files from the shelf. At first made of wood, the UN-SKRU jar opener  evolved into sturdy, top grade ABS plastic with a case-hardened, knurled gripper. One early model was dubbed the “Off ‘n On.” It not only opened screw top lids, but it also tightened them. Since tight lids were the problem for people with arthritis or weak hands, few were interested in the tightening feature and that short-lived model faded into history.

The model that surpassed them all was branded as the “UN-SKRU,” an opener that has evolved into a product that many thousands of people rely on to open all sizes of openers, quickly, with no effort. 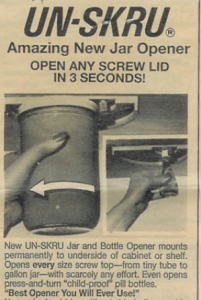 This AARP ad featured the UN-SKRU jar opener in the 1970s.

This historical AARP ad is from the mid-1970s. The ads ran for several years and mentioned the Better Homes and Gardens’ review, which called the UN-SKRU “Best we’ve used.”

We show the evolution of our packaging above. The brown packaging was used in the 1970s and 1980s. In this day of Photoshop and sophisticated printing, it looks quaint and amusing. The second from the left dates from 1992 to 2013, and the third from the left was used until 2020. At that time we introduced our new packaging on the right, in patriotic red, white and blue to reflect that it’s proudly made in the USA.

Sophisticated printing techniques, digital photography and advanced photoshop tools have dated the old ads and packaging, making them look primitive and almost child-like. As we’ve traveled through our own time, though, we’ve learned that beauty is only skin deep. The old saying, “It’s what’s inside that counts” holds true. It’s not so much the package as the quality inside. We’re proud of that quality, and grateful for people like Ruth, who so appreciate it. Our customers serve to inspire us to continue offering a very good product to very good people. Thank you, Ruth.

Arthritis and tools for daily living
June 15, 2020
Go to Top